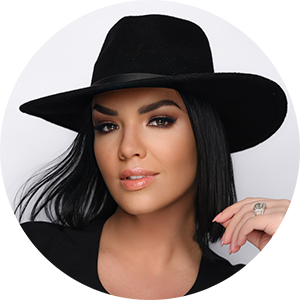 No One Can Sabotage You But You

Have you ever received advice from a “friend” or family member that left you feeling bad about yourself and questioning your own decisions? Do you unwittingly seek their approval before deciding you have done a good job or made the right choice? As far back as I can remember I gauged my self-worth by how others validated my goals, dreams, or desires. This need to have approval from other people sometimes made me anxious, confused, and even paranoid. I was letting other people’s opinions control my moods and my own self thoughts. Why would I do that? No one knows me better than I do.

We should be our own best friend, because no one can fully comprehend the dreams or destinations that God has placed in our hearts. These whispers, nudges, and directions are only meant for us and our Ambitchious intuition. When we let other people get in our heads, it messes everything up.

What a lot of us don’t realize is that waiting for other people to deliver a stamp of approval is actually a form of self-sabotage. We’re looking for outside validation that we are doing the right things—raising our children properly, working in the right career, or even wearing the right brand of jeans. Would you ask someone who had never been to California for directions to San Diego? Of course not. Then stop asking other people who don’t know you for directions on how to live your life.

If you want to figure out whether the words of others are helping or hurting you, then read on. I’m going to give you five important questions to help you figure out once and for all if you might just be surrounded by a bunch of sabotaging, jealous frenemies.

Question One: Do the People in My Circle Have a “Crabs in a Bucket” Mentality?

Crabs are interesting creatures. When you put one crab in a bucket, he will try over and over again to scrabble up the side and get out. If you have a bunch of crabs in a bucket and one tries to get out, the others will latch onto him and pull him back. Sometimes they will go so far as to break his claws in a desperate attempt to keep him down there with them. All of have at least one friend who is like the crabs in the bottom of the bucket. They will try to bring you down when you try to achieve something new. For instance, you tell your friends that you’re going to start running five days a week. From some of them, you’ll hear responses like, “Oh, good luck”, “Yeah, right”, or “I give it twenty-four hours before you fail.”

This unhealthy group mentality is an attempt to reduce the success of others by putting them down and thereby slowing or halting their progress. It’s that If I can’t have it, neither can you attitude.

If the people around you are saying and doing things that encourage you to fail, be honest with yourself about their impact. Limit your time with them and promise yourself not to tell them about your big goals, dreams, and aspirations. Sometimes, it’s the people who are supposed to care the most about your happiness who are the loudest detractors with the strongest crab claws. Why? Because if you’re too happy and successful that would in turn make them question who they are. God forbid.

Question Two: Is This Advice Coming from Someone Who Is an Expert?

If you’re building a house, you’re not going to ask a professional clown for advice on how to construct the walls, are you? Then stop taking advice from people who don’t know what the hell they are talking about. Sometimes we tell our parents, for example, about something we want to do. If your parents have had the same job for forty years, never left the small town where they live, and never even stepped onto a plane, they might not be the best people to ask about quitting your job, selling everything you own, and traveling the world with a backpack. Sometimes people will tell you what path you should follow in school because they wanted to pursue that career and never had a chance, is sometimes a way for them to live vicariously.

This is why you need peer groups and to surround yourself with people who have experiences you want to go after. Remember the old Jim Rohn quote: “We are the average of the five people who we spend the most time with.” If those people have not accomplished outside-the-box success, chances are they will give you a million reasons why taking this or that leap is a bad idea.

Secondly, before you take advice from someone, ask yourself, Is this person qualified to give me advice? If I was going to invest $100k in a stock, and I was talking to someone who had no idea the difference between the Dow Jones and Nasdaq markets, I’d be smart to run away and head for some qualified professional at Merrill Lynch. Catch my Wall Street drift, sister?

Question Three: Is This Person My True Friend or My “Frenemy”?

Too many of us are good people who try to give everyone the benefit of the doubt, hence allowing ourselves to become prey for this ravenous animal known as the frenemy. Everyone has at least one of these non-mythical creatures lurking in the corner cubicle. This is different than a friendship or familial relationship that hit some rough patches. A frenemy is bigger than that—it’s a toxic someone who is trying to push you off your throne. Trust your gut when it comes to sensing whether people are friends or frenemies, because it will give you that little nagging feeling when you think about seeing or hanging out with them.

BTW, don’t think a frenemy is only a mean girl in the hallway of middle school. A frenemy can be a sister, mother, cousin, or co-worker. You feel drained in their presence because they are sucking out your spirit. You must decide to stop doing the deed with him/her and breakup the friendship, relationship, or the band. When you take this Ambitchious leap it actually frees up a lot of energy space in your amazing life, allowing awesome people to come in. Until you cut them from your life, you will continue to ride this never-ending merry-go-round of low-vibe relations.

Question Four: Is This the “Mirror Effect?”

You know the mirror in Snow White that made the queen so insecure that she committed murder? Sometimes your success holds up a mirror to people and their shortcomings. When you succeed, it makes them feel inferior. To be blunter, they allow your success to make them feel inferior. It’s not your fault; it’s their issue. It’s their failure reflected back on them from your shining image. People who truly care for you show it, not just in words but in actions, too. They are truly always happy for you, whatever happens. They are supportive, appreciative and congratulatory.

You will know a hater in a New York minute because the minute you have a win, their faces droop, or worse they say nothing. Sometimes silence is the best indicator of who your true and fake friends are. Listen for what is said as much as what is not said. At the end of the day we cannot let the naysayers and jealous peeps bring us down or keep us from achieving our goals and striving to reach the next level. The old saying that it’s lonely at the top simply isn’t true. At the top is where you’ll find the people who are your true cheerleaders.

Question Five: Is This an Earthquake Response?

For some people, seeing you succeed upsets them so much, it actually rocks the ground they’re standing on. This “Earthquake Response” knocks them down, shatters their comfort zones, and leads to them feeling insecure and inadequate.

I’ve had this happen. I had a friend who was super close, and just when something good happened to me, something I had worked hard to achieve, she turned jealous as Cinderella’s stepsisters. What I achieved had made her feel less than, even though I never said a word to make her feel bad. The success had tipped the scales, and for some people, that’s more than they can handle.

The Earthquake Response happens when you begin to succeed, and this shatters the perception the other person had of you. In response to those feelings they’re trying to avoid, they try to put you down to put you back in you “place” in their lives. If you’re back down where you were before, it makes them feel safe and comfortable in their own small lives. For instance, you book a trip to Paris and your friend says “must be nice” in that sarcastic, jealous way. They start downplaying your entire exciting Parisian vacay so it drops to the level of their ordinary life. That, my friend, is playing small. The more you play small the smaller your life becomes. People like that have no room in your Ambitchious life. Kick them to the curb and keep making the most of your Ambitchious life!

Don’t let other people sabotage the things you have worked so hard to achieve. Step up, step out and stop leaning of the validation of others to make you feel like you are worthy of the thing we call life. Ambitchious women feel self-confident without needing a squad of cheerleaders and leeches.